Camber kits play a vital role for improvement of car performance. There are the basic theory we need to learn about that what does the camber kit do. We often talk about suspension geometry, but do you know what it includes? We will talk about three key parameters: camber, toe and caster at this article. You can find a front camber kit that perfect for your car model. They are related to the safety, stability, handling and even the attitude of the vehicle. This article is for science purposes only. We advise you to follow the instructions of a professional technicians if you need to make adjustments to your vehicle.

What is the camber meaning?

Some people may consider that it is best when the camber angle of the vehicle is 0. Is that true? Well, it depends on the situation. We need to introduce a concept here----the contact patch, which is the portion of a vehicle's tire that is in actual contact with the road surface. The wheels in rolling do not always maintain uniform contact with the ground due to various influences. When the camber angle is 0, the contact patch of the vehicle is maximum when driving in a straight line. This allows the tires to gain better adhesive force and helps the vehicle improve its performance in a straight line driving.

If the camber angle is 0, then both wheels will be tilted outward under the effect of weight and inertia. Considering the weight transfer of the vehicle during cornering, the outside wheels typically provide more adhesive force/grip than the inside wheels. It will be affected if the Contact Patch is reduced. 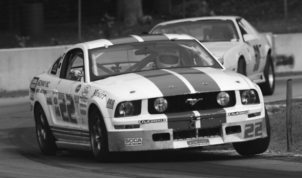 When turning, the outside wheels of the vehicle are under more pressure. So the outside wheels will get more contact patch with the ground when the camber is set to negative, thus making the vehicle get better cornering performance. Also this is the adjustment method used by most racing cars. What’s more, most sports models on the market also have some negative camber set at the factory.

F1 cars have a more significant negative camber in order to increase the adhesive force/grip in the corners. The camber adjustment varies according to the different vehicle suspension system. While the front camber can be corrected by geometric adjustment, the rear camber is controlled by a series of camber arms. We will provide the most favorable price with high quality products.

Stance is our favorite word to mention at car modification. Lifting or lowering a vehicle not only satisfies our requirements for performance, but also our pursuit of vehicle appearance and personalized expression.

However, you also need to pay for it if you pursue a vehicle's stance. The overly exaggerated negative camber does not benefit the handling.

Hella Flush players must be familiar with camber. But the cost of pursuing this stance is the reducing of traffic cability.

At the same time, excessive negative camber will not only leads to the eccentric wear on the tires, but also puts overstress on powertrain control module and steering shafts.

When looking down at your vehicle, the angle formed between the wheels and the center axis is called Toe. If the front end of the tire is to the inside, it is toe in, while the opposite is toe out. As well as camber, any kind of adjustment on toe may lead to the wear on the vehicle's tires. 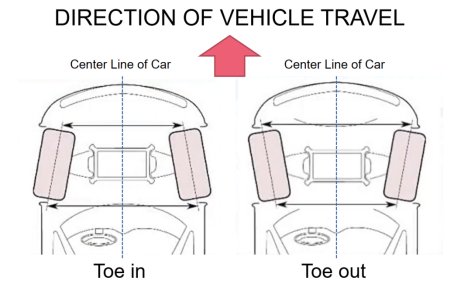 The toe in creates a force between the wheels against each other when the car is driven in a straight line, thus increasing the straight motion stability.

The vehicle yaw problem encountered in daily driving may be related to the inconsistent toe of the left and right wheels. There are many possibilities for triggering this condition, but you could   solve the problem by a four-wheel alignment.

The settings of toe are complex and have a obvious impact on body dynamics, so you’d better keep the stock toe. 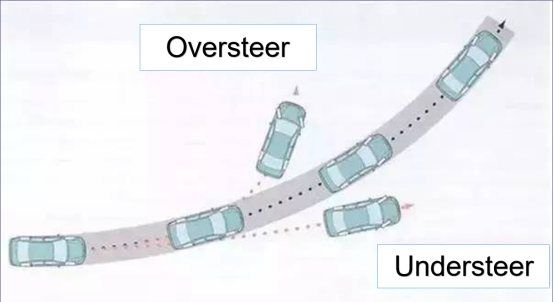 The outside wheels bear more weight and are responsible for more power output due to the inertia in steering. So the toe has a very important influence on steering.

Toe in on the front wheel will make the steering sluggish, but too much Toe in can easily cause Understeer. And that could be dangerous. The vehicle's turn-in will become responsive with the toe-out. But too much toe-out will cause  the oversteer.

Some players like to set the rear wheel toe-out to create artificial instability.It could makes the rear end of the vehicle thrown to the outside more easily while turning. which makes it easier for them to make drifting moves. 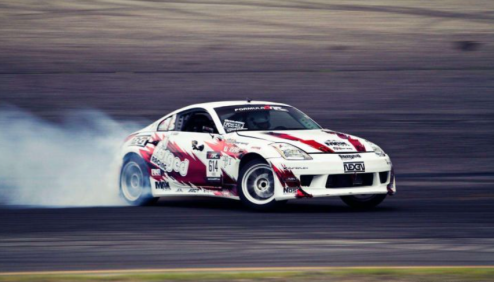 Looking at the body from the side and imagine a line through the shock system.The angle between this line and the center line which is perpendicular to the ground is caster, which can also be called Kingpin caster angle.

Previous: How to adjust Toe, Camber and Caster
Next: What are Upper Control Arms